Built for the kill

Guest visiting Kapama look forward to getting away from the hustle and bustle of daily living to experience tranquility, unique culture, spectacular scenery and close-up encounters with Africa’s wildlife on every game drive.  Most guests recall that seeing a kill in a private game reserve results in the ultimate safari experience, maybe it’s the anticipation that builds up as these animals stalk their prey. 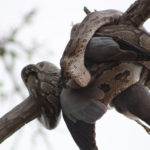 We watched as a dazzle of zebras grazing through the vast African plains on the reserve.  Two of these zebras started to display ferocious territorial behavior. But suddenly, we heard monkeys alarm calling and the Zebras left nothing but dust behind. We watched in anticipation, as we knew that the zebras were running out of fright for its predator. Within minutes the Guernsey pride lions were in reach of the zebras. It goes without saying that for the lions, it was a successful day in the African bush. 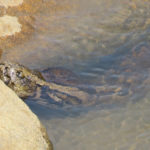 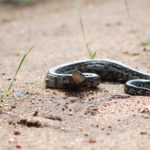 During another safari game drive we were most fortunate to have a cheetah sighting, to our amazement we noticed that this particular female cheetah was on high alert and it became clear that it was stalking its next prey. We respectively followed the cheetah tracks, the vegetation became dense and there  stood the impala, the next intended victim of the stalking cheetah.  The cheetah crouched low with its ears pulled back and eyes focused on its meal.  The impala moved obliviously towards the cheetah and we found ourselves holding our breaths. When the prey was more or less twenty meters away from the cheetah it leapt into action. With speed and agility on her side it took down the impala with not much effort at all. The cheetah stood over her prize for about five minutes, probably to catch its breath before it started to feed on the impala. It was yet another eventful week on the reserve.