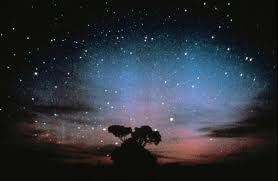 In Africa, in the bush specifically, we are fortunate enough to have one of the most beautiful sights of the night sky. Throughout the whole year, over all the seasons, we watch how the stars change and move. The summer sky is my personal favourite. The winter sky is just as beautiful but with the summer stars there are so many stories that can be told. For example, Orion the hunter with his two dogs, Canis Minor and Canis Major. They are known to fight with Taurus the bull which is situated just beneath the constellation of Orion.

It is believed that Taurus is protecting the so-called ‘seven sisters’, also known as Pleiades, from the Hunter and his dogs. Despite the bulls ‘courage’, the Hunter is too afraid to face Scorpius, therefore, runs away – as the constellation of Scorpius rises from the South-East, Orion sets in the North-West.

There are also more red giants visible in the summer sky. These are stars that are busy, or already have imploded on themselves. They are stars that are red in colour due to their size and condition. It is possible that what we see in our sky could be up to 20 000 years old. The speed of light has not reached the earth as yet.

Nevertheless, red giants are present in the constellations of Orion (Betelgeuse) and Scorpius (Antares).

We are looking forward, as rangers, to be able to tell our guests these various stories as summer is on approach.